Note that the cashback may decrease when using a voucher or even completely eliminated.
2,40 %
Cashback 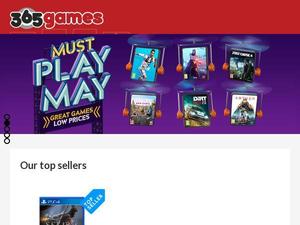 Founded in 2004 we rapidly became a key player in the sale of video games online. Quickly building our reputation and relationships with suppliers we were able to open our first dedicated online stores shortly after. All these years later we are now an international player, retailing not only video games but everything else in the entertainment spectrum from board and card games to gifts and gadgets.

We retail to all major countries and have a comprehensive distribution operation making us one of the most successful online retailers in the UK.

More cashback and voucher recommendations for you in the field: Toys